Everybody loves a bitch. The Stones had a big hit in “Bitch” (Sticky Fingers 1971) I think, in large part, because we kids loved to sing along. And it’s just a fun word to say—“bitch, bitch, bitch.” We love them. We go crazy over them—especially the mega-bitch. A mega-bitch is a completely evil, incredibly hot woman, such as Shannon Doherty’s role as Brenda Walsh in the series “Beverly Hills, 90210” (1990). Women are drawn to a bitchy character because she is self-determined and adversarial; men are fascinated by a bitchy character because no matter how evil her mind, heart, or voice—she’s still a woman, and men, by and large, want women.

I’d venture a guess that the proliferation of old witches and crones in our folk stories were a product of male story-tellers who were more comfortable with a bitchy character bereft of any hint of fecundity—but I’m no archeological psychologist, I just know myself.

I’ve just had a rather embarrassing email exchange with a writer friend, whose first serialized on-line novel I’d found instantly engaging and compelling. Some poor schlub’s horror-of-a-girlfriend character was a constant spur to my interest. But when she debuted her new novel’s first chapter, set in a sort of antebellum Edwardian atmosphere, I instantly attacked her for it, saying the whole thing was worthless, a pile of junk. (Jumping the gun is a favorite hobby of mine.) 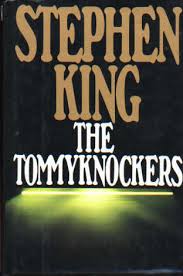 But when, at her urging, I went back and re-read the chapter, I suddenly found, by focusing on it better, that it was a well-paced, tightly written piece of fiction—so, feeling like a jackass, I sent her my apologies. I was confused—it was well written, yet it repelled me at first—and even having found that it was good, I still lacked any inclination to read more.

But this morning it came to me. There was no bitch. Moreover, there wasn’t a bad-guy or an evil influence in sight. When I had my health, and was a terrible bookworm, I would casually allow myself (and the author) the first 150 pages as a ‘gimme’. I’d had plenty of experience with writers with a slow burn—and they were often the best, if I could ride out the slow start.

Now I have a more modern sensibility—I need a quick fix. I need coercion, I need conflict, I need me a bitch. I truly miss those good old days when I could re-read Robin Hood in that wonderfully drowsy ‘dear reader’ kind of style; I could re-read the Iliad and be charmed by the interplay of human drama and Jovian fate and the symbolism and the repeated phrases that made it as much a chant as a story. I read everything and anything—and fast—I averaged 1.3 books a day—unless they were little things of 300 pages or less. Before I lost my health, I got to where I preferred only 700+ page-books, like King, Follett, Clancy, and Ian Banks. Anything less than that frustrated me—I would hardly get comfortable in the writer’s world when I would find myself reading the exit sign: “The End”. 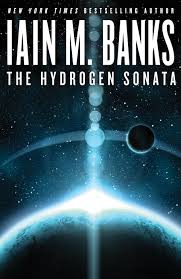 But today, I mostly do TV. When I do commit to a book, I start reading like I always used to—but then I quickly find my neck aching, or my eyesight blurring, or just a mental inability to follow along as I read. I put it down, wait an hour, try again. In the last half of the book I will become transfixed, and I’ll wonder why I don’t still do this all the time. But the next day, after I finish the book, I’ll have blurry vision most of the day, and little aches and pains and spasms from holding open the heavy book and from focusing my eyesight (through magnifying glasses) on the page for hours at a time.

So, long story short, I don’t read much anymore. When I do, I get impatient of any settling-in type beginnings and intolerant of any slack in a storyline. I prefer to be left wondering to being given more than I need. I’m become the same audience as the illiterate—just show me eye-candy with music, please.

And the end result is a media with a narrow range, stories that introduce conflict from the first sentence and keep it hot right until the big car crash (with explosion) at the end. All the best told stories are the opposite, they build and build a world around you, inserting conflicts at strategic points, adding detail and suspense and character development with the tidal flow of their story’s pace—only with such subtle storytelling can an artist ever build up to a tidal wave far more awesome than a mere car crash—but without the leeway to do this, merely good writers can outperform the great writers, making wam-bam-thank you-ma’am plotlines the industry’s default quality.

Fortunately, the treasure house of the past is still easily accessible to anyone with a library card. But be careful to read the book before you see the movie. I had read “The Lord Of The Rings” three times before Peter Jackson got his green light—so the freeze-dried husk of the CGI version will never mar my memories of the happiness I felt marching along with the Fellowship through Tolkien’s worlds. Or stalking Clancy’s cold-war villains from one end of the Earth to another. Or shivering from my immersion in the horror of King’s nightmare town, Kerry, Maine. How I wish I could still spend whole days there, day after day.

But this isn’t about me. My writer friend has brought into focus a dilemma that all modern writers face—subtle writing is to small audiences as simple writing is to big audiences (and big money). And I’m not suggesting that today’s writer has to ‘dumb-down’ their writing to be popular—I’m saying that the leeway enjoyed by earlier writers has contracted to a fine point—a tightrope that must be walked. Mass audiences actually require intelligence in their entertainment—but it must be a carefully monitored dose, administered with precise timing and dosage, from moment to moment in their favorite tales. Stephen Spielberg cracked this code, creating movies that blew us away, while not insulting our intelligence. The use of levity is essential is his formula, but he also kept the mayhem and the fear going at all times.

And perhaps most restrictive of all, today’s popular stories must start with high drama—either dread, rage, sublime ecstasy, or just plain explosions. My writer friend, in beginning with a busy, happy family scene, had failed to grasp me by the throat—but was that her failing, or mine?

4 responses to “The Bitch”