Those who own guns want to own guns—that’s the sad, simple fact—and that’s why reasoned arguments don’t go over so well with them. I admit, there is one thing in this dangerous world that guns will protect them from—other gun owners. Unfortunately, the stats show that gun owners shoot themselves and their families far more than any outside faction.

You can use a rifle to hunt for dinner, or to kill a wild beast in the woods (if you get one angry enough to attack you—they prefer to avoid us) and this allows pro-gun nuts to confuse the issue over hand-guns, open carry, and school shootings. So, sure, keep the rifles—at least until you can get your ass to the A&P to buy dinner, like a normal person. Come to think of it, hunting rifles are closest in kind to the “arms” noted in our second amendment—so if you’re thinking of overthrowing the tyranny of our present government, by all means, keep that rifle.

But if you just want to feel that deliciously heavy steel killing machine in your mitt, and your neighbors all feel the same way—well, you’re all just looking for an excuse to feel the Power—that better-than-sex power you feel with a pistol in your hand. You’re in love with violence. Go on—admit it. You just want to shoot somebody—because what bigger thrill has life to offer? The power of life and death—strong stuff. I mean, they’re there, they’re right there—and if you don’t own one, someone else will—and then you’ll be helpless against their childish impulse to try something that goes bang. Happiness, as the Beatles pointed out, is a Warm Gun. (Bang, bang, shoot, shoot…)

Geometrically speaking, if we consider the ever-growing incidence of school shootings, parents shouldn’t be allowed to own guns. But then, the psychotic teenagers that perpetrate school shootings don’t always get their arms from their parents. So, better idea, gun owners should only live in child-free zones, so the two never intersect. (Or is it ‘children only in gun-free zones’?) Still, I’m starting to think that all these school shootings may have something to do with bad parenting—maybe we should focus on random, adult shootings, instead. After all, parenting is hard—and 99% of us do it wrong—so let’s leave the kids out of this.

Maybe it’s religion—is there anything more terrifying than a fundamentalist with a fully-loaded firearm? Ask ISIS. But I have to say, if these people really believed in anything other than their own hatred, would they need weapons to enforce their ‘heaven on earth’? Isn’t God supposed to have some kind of power? Other than a tank battalion, I mean. Belief in God should disqualify us from weapons purchasing for two reasons: If you die unarmed, isn’t that a free pass to the Magic Kingdom? And isn’t God’s will going to triumph, regardless of firepower? 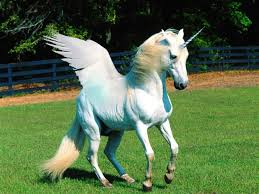