Are you the final result? Are you as good as you get? Have you decided your days of self-improvement are over? I ask myself such questions all the time. And I think about my community that way, and my country, and my children’s futures. I doubt any of us has set our goal towards giving our kids exactly what we were given, no more and no less. Most of us, nearly all of us, want to offer our children something more, something better.

And I doubt any of us are completely satisfied with the various modes of commuter transportation—or our taxes, or our laws—really nothing has been made perfect. None of us take what we are here, now, as the best thing we can be—and all of us are actively striving towards betterment, not just of ourselves, but of our town, our state, our nation, and our world.

We want enough food, we want enough shelter, electricity, heat, medicine, and internet access for everybody. And that’s not all—we want the food to be better, healthier, tastier, etc. We want better homes and gardens, smaller bills, more say, and less restriction. But we want more freedom, too. We want more money, more government services, better schools. We want, we want, we want. 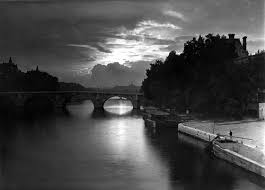 We all want, in our different ways—when we could be getting a lot more by wanting together. If people were more organized, things would be more efficient—but organization doesn’t appear out of nowhere. Organization requires leadership and leadership has power and power corrupts. That is why every historical effort to become organized has devolved into a power struggle between the manifest will of the people and the whims of the corrupted powerful.

Our democracy has never been a perfect thing—far from it. Its ability to protect us from ourselves has eroded over centuries of legislative conjuring and barefaced lobbying by business leaders. The land of opportunity has become a land of liberty, at least in comparison with some other places—that is, the freedom is still there, but the opportunities have started drying up. The unsettled lands have shrunk to virtual zero; the untapped resources are no longer possible wherever one takes a pick-axe to the soil, or a saw to the forest. We aren’t building many new dams along rivers these days, and for many reasons… indeed, most changes to existing dams are meant to make them less of a boundary to spawning fish and other life cycles. 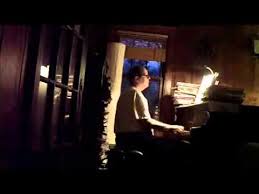 So our ‘democracy’, in its present form, has become a rigged game being run by the majority shareholders of the capitalist system—if we wish to defend ourselves, we will require an organization that sidesteps our election system and our legislature. We will have to find a way for democracy to survive in a ‘land without opportunities’. Organization will be required—but how to make an organization that isn’t as dangerous as the one we now have?

Perhaps that is the real meaning of the famous quote: “The tree of liberty must be refreshed from time to time with the blood of patriots and tyrants.” Perhaps Thomas Jefferson meant that Liberty is always at risk, that we must scrap our government, our legislation, our entire national organization every couple of decades. Perhaps Jefferson saw the inevitable creep that would begin to gnaw on the boundaries of our liberty from the first day of our new government.

And perhaps that is the true reason for the Second Amendment—we were supposed to use it long ago, to overthrow the government before our government became too strong for even armed state militias to resist. We missed our chance—now the second amendment is just an historical novelty, a tattered rationale to support the firearms industry. 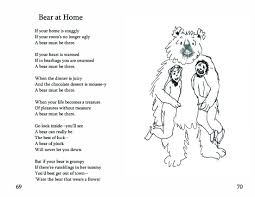 The American Dream, just like the USA itself, was founded on a well-spring of opportunity and untapped riches. Our present government, like modern capitalism, are both the unsatisfactory results of those initiatives when continued on into a period of shrinking opportunities and riches. We must organize. We must find a way to crowd-source our own destinies, before Sony and Pfizer, et al., figure out how to crowd-source us into a shiny new, digital thralldom.

If, like me, you feel that you’re not quite done yet, consider the difference between struggling for your own interests as an individual and struggling for change as an organized group. If the idea of public-service-oriented crowd-sourcing doesn’t scare the pants off most of today’s politicians, it’s only because they haven’t the vision to see how powerful such an initiative may someday be. 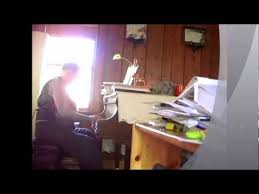 But there is no organization in defense of ordinary people. Many organizations will tell you they are exactly that, but all will be wrong to the extent that nothing exists without the influence of money—and each of those organizations will have specific interests they are ‘for’ or ‘against’.

I’m talking about a ‘People’ lobby. Its mission would be to confront and conflict with the business lobbyists, the religious activists, and any raise in the cost of living. It would ceaselessly push for a higher minimum wage, no matter what that wage is. It would hunt down and prosecute any big corporation that is milking the government of billions of dollars as part of its daily operation—and the Humanity lobby would call for audits of every single government contract, investigate all hints of improper influence and the least sign of selling favors.

In short, it would be the most hated organization the world has ever seen. The Humanity lobby would refuse to recognize borders and work on behalf of all people, people living in all countries, and people working for all companies. It would fund its own news service, with an eye towards ecological risks, inhumane employment standards, slave wages, and corruption and influence across the globe. Only one catch—every twenty years we have to take the leaders of that organization out to the back wall and shoot’em.

The Real Mother Goose is one of the larger collections of rhymes for children. It has wonderful pen and watercolor illustrations by Blanche Fisher Wright. This book was originaly published in 1916.